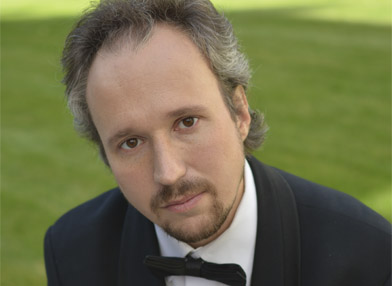 
Born in 1976 in Kemerovo. In 1999 he graduated from the Novosibirsk state conservatory named after M.I.Glinka, piano faculty (class of professor M.S. Lebenzon).

While studying he became a laureate of two contests: The contest of Siberia and the Far East (1990) and the Contest of Novosibirsk State Conservatory (1995).
Since 1999 he became a soloist of Novosibirsk Philharmonic. Being a great accompanist, he takes an active part in different musical projects. As a soloist, he played with ensembles, symphonic and chamber orchestras, toured to Germany and China.
Released 3 CDs.
Author of a row of transcriptions.
Since 2001 he has been playing in a piano duet Gennady Pystin – Dmitry Karpov.