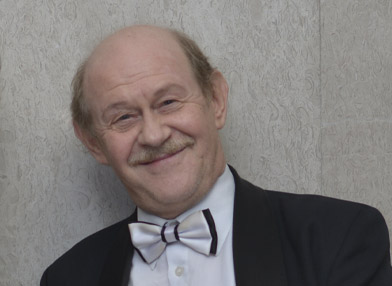 
Was born in 1953 in Blagoveschensk, the Amour region.
In 1977 graduated from the Novosibirsk State Conservatory named after M.I.Glinka, piano faculty (class of professor M.S. Boguslavsky), and in 1979 became a postgraduate (class of professor V.I Slonym).

Being a student, he became a laureate of Contest of Novosibirsk State Conservatory in 1975 (1st prize).
Since 1979 till 1998 he worked in the Novosibirsk Conservatory at piano department (associate professor). At the same time with pedagogical activity, he held a concert activity, toured a lot to Siberian cities, played with many orchestras, gave solo concerts. In his program he played classical and modern compositions in his programs (J.S. Bach, L. V, Beethoven, R. Schumann, F .Schubert, A. Skriabin, S. Prokofiev, D. Schostakovitch). He performed a great number of premiers of modern Siberian composers, among them more than 10 concerts for piano with orchestra. Pystin can be called a pioneer of O. Messiaen art in Novosibirsk.

In 1998 he started his artistic activity in a piano duet Gennady Pystin – Igor Tsigankov. Their duet – possessor of Grand Prix of three International festivals, laureate of International Prize DUO KODAMA (Tokio). The musicians held concerts in Russia, the USA, Canada and France.
Since 2001 the piano duet has a new staff: Gennady Pystin- Dmitry Karpov.

Gennady Pystin if an artistic director of International festivals of piano duets in Siberia. he gives master-classes in different Russian cities. Trains piano duets. Is knows as an author of articles, devoted to the art of improvisation, piano music of O.Messiaen, author of many transcriptions for piano duet.