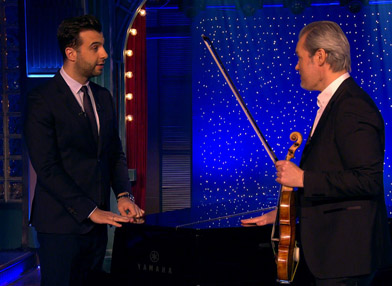 On 5th of April, Vadim Repin, world famous violinist, born in Novosibirsk, artistic director of the Trans-Siberian Art Festival, was a guest of the popular program "Evening Urgant".

"On 9th of April Trans-Siberian Art Festival starts in Novosibirsk, and on 19th of April in Moscow's Tchaikovsky Concert Hall a new soundtrack to the film" Love "with Greta Garbo will sound. These two events are united by our guest today - the world-famous violinist Vadim Repin", - said Ivan Urgant.

The host and the guest talked about the unique Stradivarius violin, which Vadim Repin plays on, and then they performed a virtuoso piece by Paganini "Carnival of Venice". Ivan Urgant played the piano part.

"For me it was a great pleasure that the presentation of my project, which fills all my brain and takes all my time for the third year already, was announced to such a large audience, most part of which is probably far from classical music, - said Vadim Repin - In my opinion it’s great that guests of the most popular show in the country are mainly representatives of culture - and not the mass, but high one. When classical music sounds on one of the main channels of the country - the world is getting better".

Moscow viewers saw the release of "Evening Urgant" with Vadim Repin on 5th of April, in Novosibirsk it will be shown on 6th of April. Recording of a program is available online at its official website на ее официальном сайте.

Ether of the popular show was held on the eve of the opening of Trans-Siberian Art Festival - Russia's largest cultural project initiated by Vadim Repin. The festival will be held for the third time this year, its concerts will be held in the cities of Russia, as well as in Israel, Japan and South Korea. "The heart of the festival" is Novosibirsk for the third year - the hometown of Vadim Repin, receiving the greatest number of concerts.

Novosibirsk will see a unique project Vadim Repin & Greta Garbo in "Love" before Moscow - Russian premiere will be held in our city on 15th of April. Vadim Repin and Novosibirsk Phillharmonic Orchestra will perform a "new soundtrack" to the silent motion picture of 1927 "Love" created by Greek composer Aphrodite Raickopoulou. 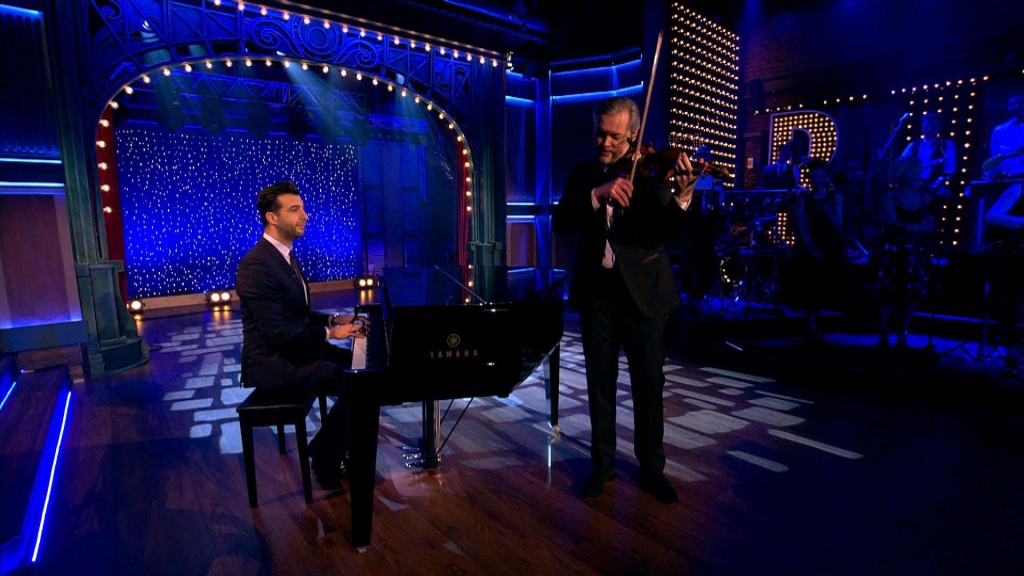 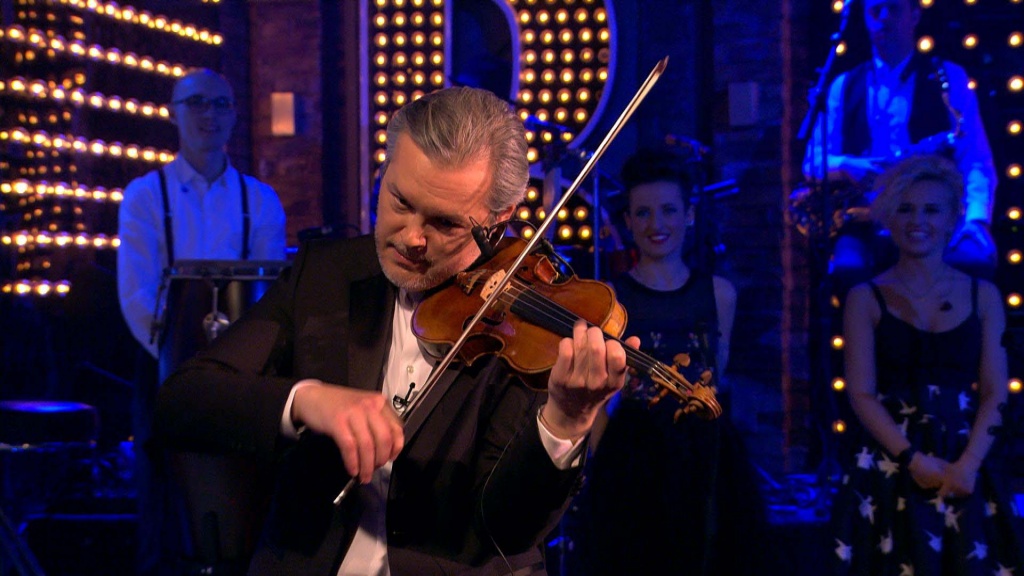