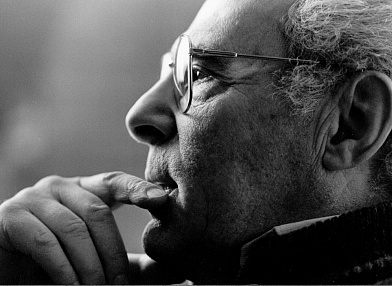 “We care much everything that is connected to Arnold Kats. For my colleagues and me his name is a primacy of the artistic above narcissism and commercial component, — said Vladimir Kaluzhsky to the reporters. — Kats really was a great musician and knew much about what we call economies of concert activity.”

On September 16-17 the subscription concerts of symphony orchestra under the direction of Gintaras Rinkevicius will open the anniversary of Kats and a new philharmonic season. “Filarmonica-quartet" will give holiday concerts on September 23 — 24. Concert Brass Band and the ensemble of soloists «Novosibirsk Kamerata» will perform in the frames of the celebration of the Maestro on September 24.

A symphony concert «Arnold Kats, remember like this …» on Maestro's birthday on September 18 is a main event of the festival program. It will be held under the guidance of three famous conductors in the State concert hall. Thomas Sanderling will conduct the first part with the overture to Wagner's opera «The Mastersingers of Nuremberg.» Then Fabio Mastrangelo will lead the orchestra with Aliona Baeva as a soloist (violin) — they will perform Rondo Capriccioso by Saint-Saens and Ravel's composition «Gypsy.» In the second part the orchestra under Gintaras Rinkevicius will play Rachmaninov's Symphony №2.

The Ministry of culture of Novosibirsk region provides a coordinating and informative support of the 90th anniversary of Maestro Kats celebration.

The main load, including financial, lies on the Philharmonics, although its director hopes to have additional financial assistance from the Ministry of Culture.

«A book dedicated to Arnold Kats is now sent for publishing, it will be a big presentation edition of 1000 copies that we could deliver the books to the people who worked with him, — Tatiana Lyudmilina announced. – Presentation CD with the recordings of Symphony Orchestra under the direction of Arnold Kats will be released. In September, the eve of the celebrations, an exhibition dedicated to him will be open in the train museum. »

On 16 September the memorial desk of Arnold Kats will be moved to the State concert hall. In the lobby of the Hall and in the Artistic museum there will be exhibitions devoted to Maestro and his epoch. Documentary chronicles and films about Kats will be demonstrated.

You could find the schedule of performances on the philharmonic website. The tickets are on sale.