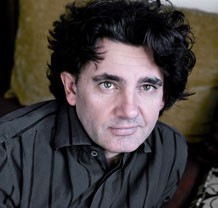 On 15 April the world premiere of the vocal cycle "Legend of the double” with the subtitle «The Story of One Vampire» will take place on the scene of Novosibirsk Philharmonic Society. Alexander Kaimbaher, soloist of Vienna Chamber Opera, specialist in the field of contemporary music will perform the title role.

The piece is created by St. Petersburg composer Anton Tanonov, songs by Franz Schubert became the base of some individual parts. The composer will arrive to Novosibirsk for the premiere specially.

«The idea of the creation of the vocal cycle appeared two years ago when the musicians from Austria Alexander Kaimbaher and Anna Souchon, soloists of Vienna Chamber Opera and recognized experts in the field of contemporary music, complained that they could not find a worthy composer who would be able to move the immortal works of Schubert's to contemporary world — Pavel Sharomov, artistic director of the Vocal ensemble of Novosibirsk Philharmonic Society said, — Anton Tanonov solved brilliantly this problem: he created a unique stylish cycle in which Schubert's songs sound next to his own music, forming a single sound world».

Novosibirsk groups: Pavel Sharomov Vocal Ensemble and instrumental ensemble Liberamente will realize the world premiere of the vocal cycle together with the musicians from Vienna.

"Legend of the double” is the story of a vampire who travels through the times in search of the lost soul. Vocal parts of famous songs by Schubert are the base of some parts of the cycle, other parts are written by Anton Tanonov in modern style: one hears the echoes of rock compositions, city romance, and ancient Irish ballads; there are fragments, performed in a rap style. Some parts are completely written by Anton Tanonov on lyrics of Gregory Arosev.