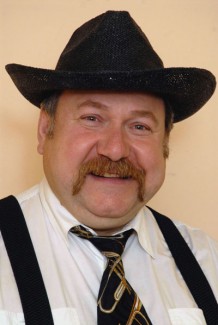 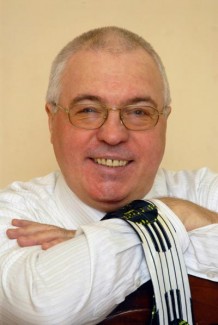 Born in 1948 in Ulan-Ude (Buryat АSSR).
Graduated twice from Novosibirsk state conservatoire (academy) named after M.I. Glinka: in 1974 – piano faculty (class of S.P. Gindis, L.N. Sintseva); in 1982 — theoretical composition faculty (composition class of Y.I. Shibanov).
From 1965 till 1973 worked as a concertmaster of Novosibirsk state academic opera and ballet theater (with a break for military service).
Since 1973 – artistic director of the «Sibir» Sextet. Since that time – active participant of the city jazz life, as a leader of his own team, but also in cooperation with other ensembles and soloists: Victor Budarin, Igor Uvarov, Boris Balakhnin, Peter Rzhanitsin and many others.
Since 1993 — worked in the orchestra of Novosibirsk state circus and simultaneously as an arranger of the Exemplary orchestra of Internal Forces of Ministry of Interior of RF (Novosibirsk).
Since 1998 — artist of the Jazz-orchestra «Siberian Dixieland» and «Nostalgy» band.
Laureate of many jazz festivals and contests.
Honored artist of Russia (1999). 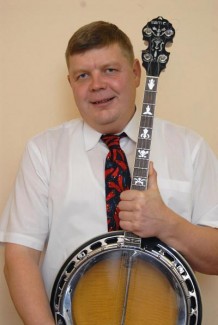 Graduated from the Musical school (balalaika class). Since childhood performed with folk ensembles. Laureate of Regional and All-Russian contests of folk instruments players.
In 1987 graduated from Novosibirsk specialized musical school.
In 1990 being a student of Novosibirsk state technical university (phisico-technical faculty) got involved into jazz and playing the guitar.
Since 1992 – musician of Novosibirsk state circus orchestra.
Since 1993 – artist of Vladimir Tolkachev Big Band.
In 1993 – graduated from variety-jazz department of Novosibirsk musical college named after A.F. Murov.
Since 2004 — artist of the Jazz-orchestra «Siberian Dixieland». 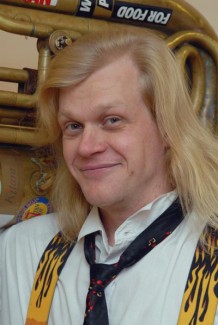 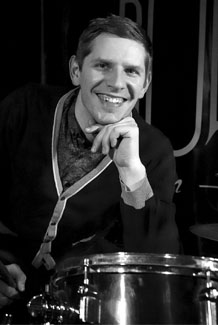 Evgeny Suvorov was born in Nizhnevartovsk (Tumen Region) in 1984.

In 2005 he graduated from variety department (percussion instruments) of Novosibirsk Music College named after A.F. Murov. In 2009 he finished The Gnessin Russian Academy of Music (Moscow).

Evgeny Suvorov leads an active concert and performing activity: he is a Laureate of the XXVII and XXVIII International Festivals named after Anatoly Berestov "Jazz near the old fortress" in Novokuznetsk (in 2014 and 2015), Laureate of the international jazz festival "Jazz on Lake Baikal" in Irkutsk (2013). He is a participant and soloist of the famous Novosibirsk bands.

Since 2009 Evgeny Suvorov is a teacher of percussion instruments at the variety department in Novosibirsk Music College named after A.F. Murov.

- in 2014-2015, the creator and the leader of the drum ensemble "Drumline", which became a laureate of the second degree at the International Jazz Festival-Competition "On the Wings of Jazz".

Since 2017 he is the artist of Jazz Orchestra "Siberian Dixieland". 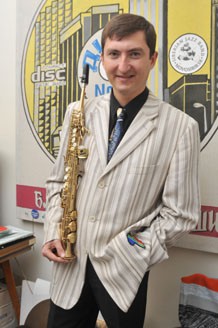 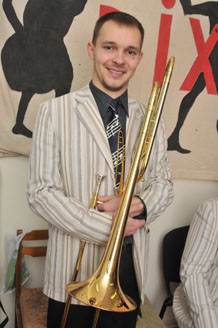