Ensemble of soloists «Novosibirsk Kamerata» was established 15 years ago. In the first years of the artistic road the ensemble dedicated the major part of its activity to performing in the concert programs together with other collectives of the philharmonics: these were opera staging in the philharmonics «Dido and Aeneas» H.Purcell, “Acis ad Galatea” F. Hendel, and also performing of big compositions – J.S.Bach «Magnificat», K. Saint-Saens «Christmas oratory», G. Gershwin «Porgi and Bess», G. Nikulin «Mass». Artists of the symphony orchestra who received a reference from the creator and artistic director of the ensemble people’s artist of the USSR, professor Arnold Kats, leading string players formed Novosibirsk Kamerata.


Read more
The main criteria to form an artistic staff of the ensemble is not only to feel the ensemble but to be a soloist. The collective became a base of the string group of the symphony orchestra, carrying the function of a heart. This unique idea found its realization in some other symphony orchestras of the world.

So, the Ensemble of soloists “Novosibirsk Kamerata” went through a fifteen-year road from the laboratory where artists improved ensemble and solo mastery to the internationally acknowledged collective which performs at the most prestigious concert venues of the world.

At the present moment the ensemble is highly experienced in concert activity, has its own season ticket on the stage of Novosibirsk Philharmonic Chamber hall. The number of concert programs of the ensemble is more than a hundred. The collectives invites to its solo programs leading soloists of the world, such as Alexey Nasedkin (people’s artist of the RF, pianist), Harry Grodberg (people’s artist of the USSR, organist), Arkady Shilkloper (Germany, horn), Ilze Urbani (Latvia, flute), Sofia Gibbs Kim (The USA, flute), Sextet “Kanjenje” (The Netherlands), Vladimir Mischuk (honoured artist of the RF, pianist), Boris Andrianov (laureate of international contests, cello), Alexey Ludewig (Saint-Petersburg, viola).

In its turn, the Ensemble of soloists “Novosibirsk Kamerata” is invited to participate in different international projects – festival “new Silver Century” (Saint-Petersburg) to perform the world premiere of Cancelli’s «Ex contrario» (soloists Pavel Vernikov, violin, Andres Mustonen, violin), the concert tour on the cities of Japan together with Anton Barakhovsky (Germany, violin). For two years the ensemble had been taking part in one of the season tickets of Saint-Petersburg philharmonics.

Since 2008 Italian conductor Fabio Mastrangelo is an artistic director of the Ensemble of soloists «Novosibirsk Kamerata».

A great place in solo programs of the collective is dedicated to the music of Russian composers- Bortnyansky, Arensky, Kalinnikov, Tchaikovsky, Rimsky-Korsakov, Mussorgsky, Rakhmaninov, Skryabin, Shostakovich, Prokofiev, Schnitke, Sviridov, Shedrin. The ensemble plays as original compositions of Russian composers and specially ordered arrangements of popular compositions for the string orchestra. 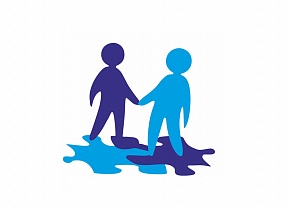