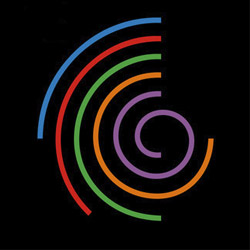 On February 19th, Novosibirsk Philharmonic will open a new series of concerts "Winners of XV International Competition named after P.I. Tchaikovsky". Within this series there will be 6 concerts, where the following musicians come on the stage - Alexander Ramm (cello, Moscow), Dmitry Masleev (piano, Moscow), Ariunbaatar Ganbaatar (baritone, Mongolia), Lucas Geniušas (piano, Lithuania-Russia). The performance of Alexander Ramm (cello, Moscow) and Chamber Orchestra conducted by Alim Shakhmametiev will open the series.

"International Competition named after Tchaikovsky is one of the most important in the classical music world. It gives new impulse to the development of young musicians’ careers, who yet today represent tomorrow for the Performing Arts - said Tatiana Lyudmilina, general director of Novosibirsk Philharmonic Society. - We do a lot to ensure that our audience is aware of the major trends from the world of classical music. It seems impossible to get complete understanding of these trends without knowing the art of the last competition named after Tchaikovsky’s winners. That is why we are presenting our audience this series of concerts. "

On 19th and 20th of February the series will be opened with the program “Around cello”. Cellist Alexander Ramm, who won the II prize and the silver medal at XV International Competition named after P.I. Tchaikovsky last year is performing with Chamber Orchestra. There are Concerto for cello and orchestra by Schumann (arrangement for string orchestra) and Serenade for String Orchestra by Dvořák in the program.

At the age of 9 years old Alexander Ramm began performing as a soloist and with orchestra. He took master classes with prominent European professors, developed at the famous festival "Verbier", where he was awarded the prize of Geneva Foundation «Neva Foundation». Now Alexander is a graduate student at Moscow State Conservatory named after Tchaikovsky and keeps on improving his art at the Berlin Hochschule für Musik named after Eisler, where he practices with famous Frans Helmerson. Even before Tchaikovsky’s competition Alexander Ramm nine times conquered prestigious performing competitions in Russia, the USA, South Africa, China, Croatia, Finland and Sweden. Since 2012 Alexander as soloist of St. Petersburg House of Music and Moscow State Academic Philharmonic performs in many cities in Russia and abroad: in Lithuania, Sweden, Austria, Finland, Japan, France and Bulgaria.

The next program of the series will be on March 29th and will be dedicated to the anniversary of Novosibirsk Philharmonic Orchestra. The program "60 Years of Triumph" will be conducted by Gintaras Rinkevicius, artistic director and chief conductor of the orchestra, pianist Dmitri Masleev, the winner of the XV International Competition named after Tchaikovsky (2015) will perform as the soloist.

The triumphant of XV International Competition named after Tchaikovsky (2015), winner of the I Prize and Gold Medal, Dmitry Masleev was a revelation of this prestigious music competition. Both public and the press in this case fully shared the unanimous choice of the jury that is usually rare thing for such competitions. A graduate of Moscow Conservatory (class of Professor Mikhail Petukhov), Dmitry Masleev even in the years of study became the winner of many international competitions. The musician has performed in cities of Russia, France, Romania, Germany and Switzerland. D. Masleev was an intern at the International Music Academy at Lake Como (Italy, 2014 - 2015).

On May 19th, in the concert program "The Art of the highest standard" Novosibirsk Philharmonic Orchestra conducted by Alexei Lyudmilin comes to the stage with the winner of Grand Prix of Competition named after Tchaikovsky Ariunbaatar Ganbaatar (baritone, Mongolia). People's Artist of Russia Darima Linhovoin (piano, Ulan-Ude) will also participate in the concert. You will hear romances by Tchaikovsky, Rachmaninov, Grieg, contemporary composers, as well as popular arias from operas by Mozart, Verdi, Leoncavallo, Rossini, Bizet, Borodin, Tchaikovsky.

Ariunbaatar Ganbaatar graduated from Mongolian State University of Culture and Arts in the class of A. Ichinkhorloo (2005-2010). In 2011, he won the XXIV International Contest of Vocalists named after M.I. Glinka in Moscow, also received the prize of "Best Competition’s Baritone" and a special prize named after Pavel Lisitsian. In 2012, he won the "Best Singer of Mongolia" award. In 2014 he won first prize at the III International Contest of Vocalists named after Muslim Magomayev in Moscow. Since 2014 he is a soloist of the Buryat State Academic Opera and Ballet Theatre in Ulan-Ude.

On 17th and 18th of September new concert season of Novosibirsk Philharmonic Orchestra will be opened with a joint performance with Lucas Geniušas (piano, Lithuania - Russia). Conductor is Gintaras Rinkevicius. There are Symphony №8 and Shostakovich’s Concerto for Piano and Orchestra №1 in the program.

Lucas Geniušas is a laureate of the II Prize, winner of the silver medal of the XV International Competition named after P.I. Tchaikovsky (Moscow, 2015). Professional concert life of this pianist began in his childhood. He regularly performed in concerts and participated in festivals, he became the winner of the children's and youth international competitions. In 2009 he won the competition Musica della Val Tidone in Italy, and in 2010 - the International Competition named after Gina Bahauer in the United States. The most significant achievement for Lucas became the second prize at the XVI International Competition named after F. Chopin in Warsaw. Musician was playing on the stages of concert halls in more than 20 major cities around the world (Moscow, St. Petersburg, Kazan, Paris, Geneva, Berlin, Stockholm, New York, Warsaw, Wroclaw, Vienna, Vilnius and other). The musician has significant concert repertoire. This young performer shows the particular interest in the musical heritage of XX century. 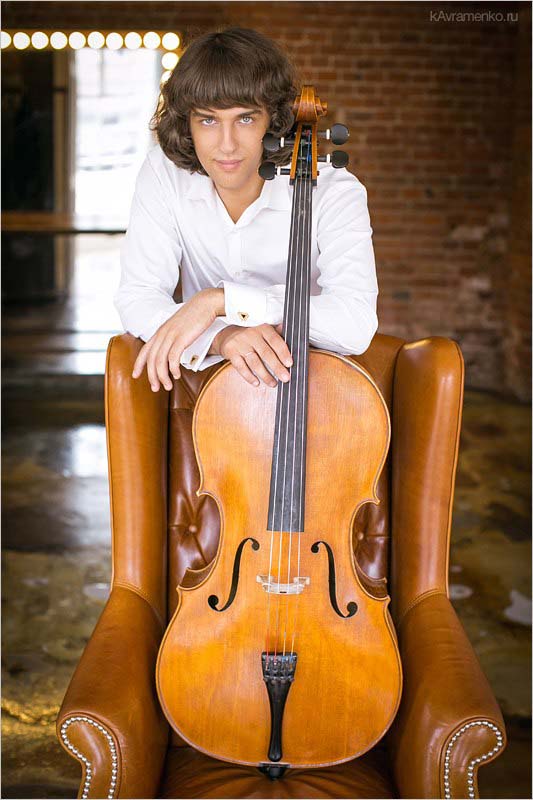 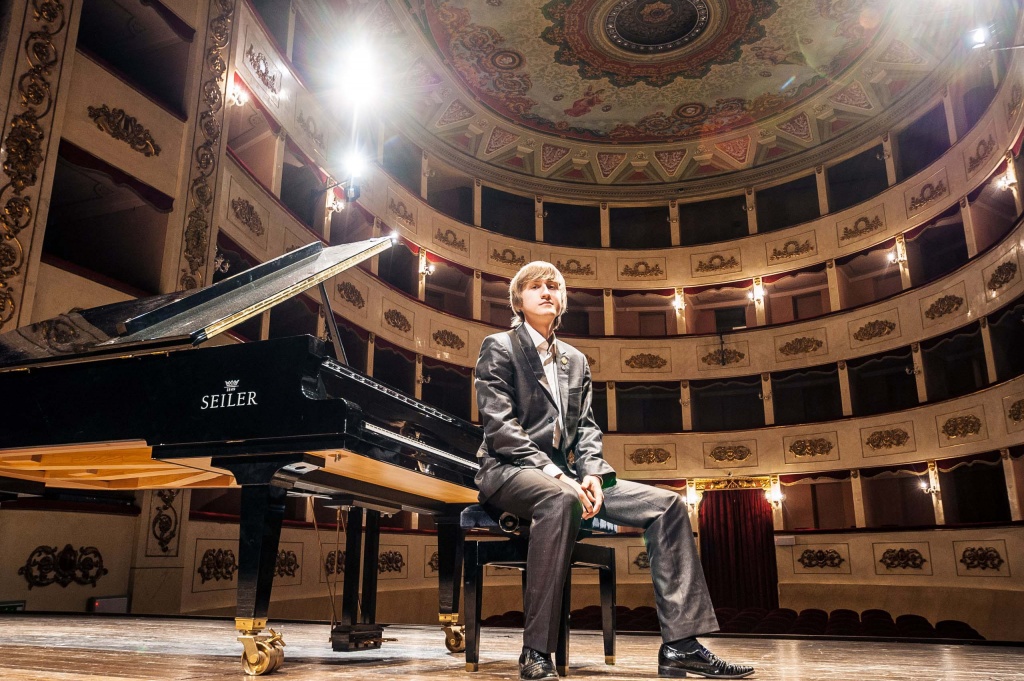 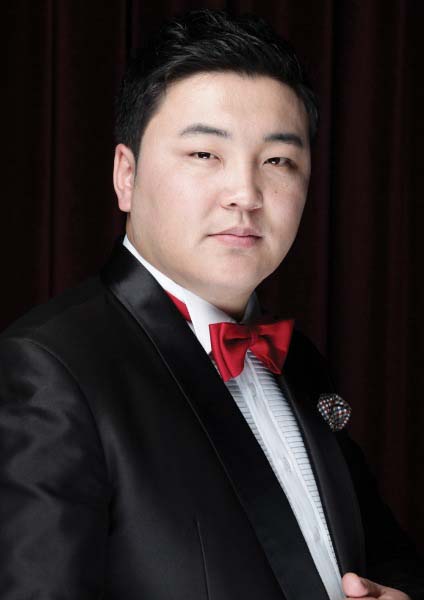 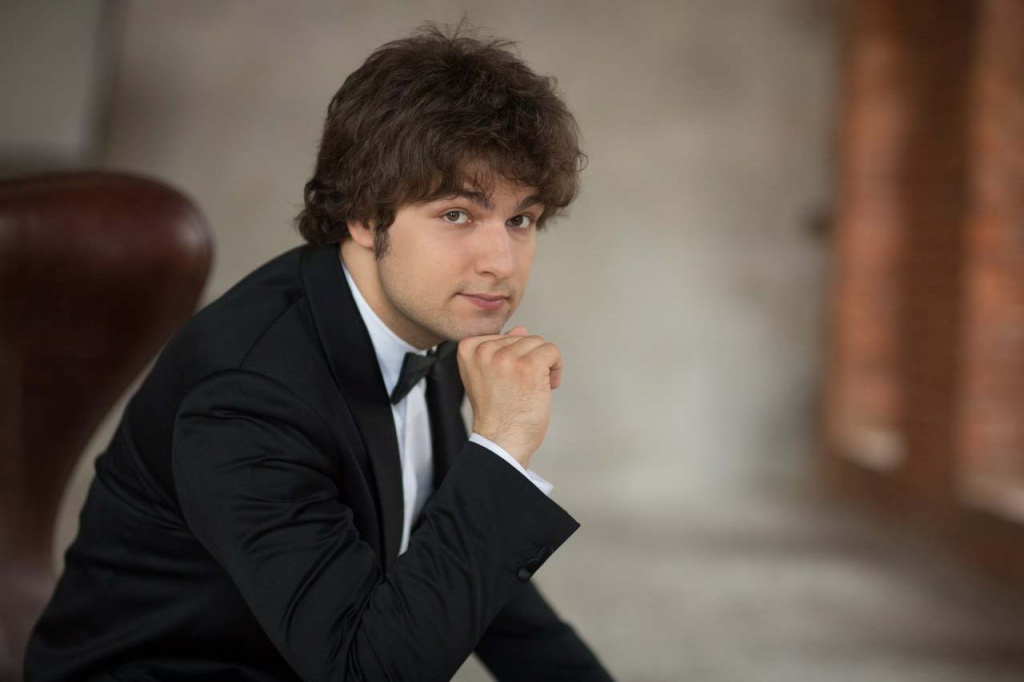