White Festival at Novosibirsk Philharmonic - the time of discoveries 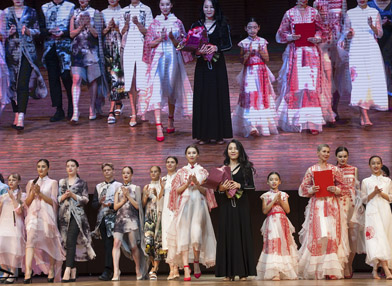 On August the 8th a long-awaited White Festival will be opened at Novosibirsk Philharmponic. For five years the festival has found its traditions. The results of its dynamic development can already be noted, in particular, cross-cultural ties, vividly presented this year.

The speakers were unanimous in appreciating the significance of the festival for the cultural life of the city and the region. For six years the White Festival has remained a vibrant event in the so-called off-season. “We consider the White Festival, which takes place before the main season, as a remarkable event for the Novosibirsk region ... We see in it a certain part of the cultural code of the region: when the deep classical traditions of Russian art are combined with innovative modern trends. The fact that the White Festival is developing such an approach certainly appeals to us, ”said Yevgeny Sazonov, Deputy Minister of Culture of the Novosibirsk Region.

This year, the premiere projects of the White Festival are multifaceted and presented in several directions at once. So, the opening of the festival is marked by the performance of the world famous musician Alexander Knyazev. “My debut as a pianist in Novosibirsk is important. Here everyone knows me as a cellist and organist, but this time I will play the piano”, says Alexander Knyazev. The artist will perform Mozart's concerts. “Unfortunately, Mozart did not write anything for the cello, not a single note. I am happy to play his music in this role. ”

The White Festival will also surprise listeners with an unusual performance that will take place on the final festival evening. On the stage of Arnold Kats State Concert Hall will be shown a collection of clothes from Chinese designer E Shufan, cooperation with which was made possible thanks to the initiative of the Confucius Institute of NSTU.

“We position Novosibirsk as a city located at the crossroads of the East and the West,” said Alim Shakhmametyev, artistic director and chief conductor of the Philharmonic Chamber Orchestra. “Within the framework of the festival one more step will be taken so that we learn about Chinese culture, get closer, discover the cultural environment that we need so much.”

The White Festival-2019 promises many discoveries and bright premieres.