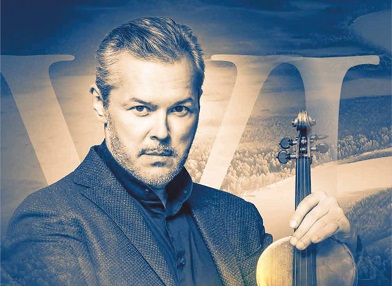 Novosibirsk Philharmonic received official congratulations from the management of the newspaper "Musical Review". At the end of 2018 the Fifth Trans-Siberian Art Festival held in Novosibirsk and the cities of Novosibirsk region from March 9 to April 2, 2018, was named “Festival of the Year” in the rating of the Musical Review newspaper “Events and Persons” and awarded the “MR” Prize. Director of the festival Oleg Bely and artistic director of the festival Vadim Repin are named “Persons of the Year”.

“One of the most dynamically developing Russian art forums, for five years (for the first time it was held in 2014) approved its original concept and at the same time flexibly and dynamically developing in various areas of art and creativity, constantly open to new genres and forms. The festival organically combines academic, jazz and folk music concerts, ballet performances, exhibitions and film screenings, master classes, educational and children's projects, immortal masterpieces and world premieres (at the Fifth Festival one of them was “Dialogue: I and You” for violin and orchestra by Sofia Gubaidulina, who was a special guest of the Forum). <...>

Every year the geography of the forum expands, confirming the idea of ​​its organizers and leaders about the Trans-Siberian Art Festival as a single creative highway, spanning and connecting the cities of Russia and many countries of the world”.