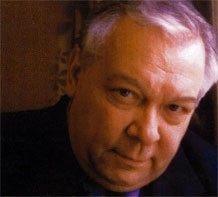 «Today's composers and young musicians need support from the part of communities and from the state. With the support of the Philharmonic society we will realize three more concerts: symphonic, chamber and choral», — the President the Union of Composers of Russia Vladislav Kazenin commented.

"Contemporary music should be an integral part of the modern sound landscape and we are making great efforts to this: the modern opera of Novosibirsk author Andrey Krotov was staged on our stage. The Philharmonic society organized a concert of the Youth Department of the Union of Composers. In January we again hear the music created by Novosibirsk students-composers: video suite for choir, band and DJ, which includes sounds and styles Industrial and Dub-step», — said Vladimir Kaluzhsky, Philharmonic artistic director, president of Siberian branch of the Union of Composers.

The next concert series «Panorama of music of Russia» will be held in February and will be devoted to works of Siberian composers.