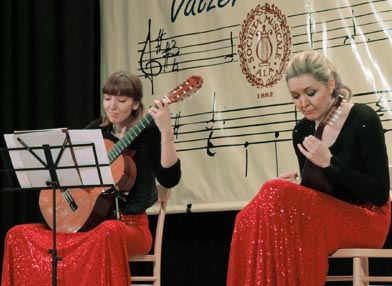 From March 26 to April 1, the musicians visited three cities of Italy - Modena, Ala, Favria where the music competitions took place.
At the 1st International Competition of mandolin solo in Modena Natalia Kravets played two tours in one day and received the third place.
The second contest – one of the oldest ones – the 5th International Competition of string and plucked ensembles and orchestras named after Giacomo Sartori in Ala. In the nomination “Duo and Mandolin” 16 duos from Italy, Croatia, France, the Netherlands, Russia took part. And our duo took the third place.
At the third international contest of guitarists in Favria the Resonance due became an absolute winner in the nomination “Chamber ensembles”.