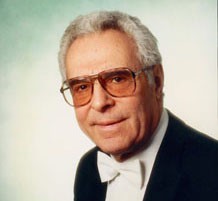 The documentary “Arnold Kats. Remember.” will be premiered on February 13 at 12.00 at the Big Hall of the cinema theatre “Pobeda” (Lenina-str., 7). The film is made by the interregional social organization “Meetings in Siberia” with the support of the Ministry of culture of Novosibirsk region, “Siberian Fond of modern art” and West-Siberian film studio. The author and the director is Ella Davletshina.

The film will be introduced by the members of the camera crew: director Ella Davletshina, sound engineer and cameraman Vladimir Leontyev, operators Boris Travkin and Anatoly Antonov. Representatives of the Ministry of culture of Novosibirsk region and of the West-Siberian film studio will attend.