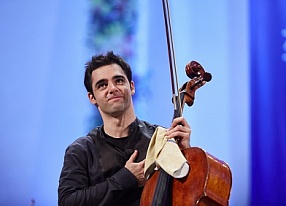 Three hundred-year-old Stradivari cello will sound in Novosibirsk on the Trans-Siberian Art Festival
On March 19, Spanish cellist Pablo Ferrandez will perform at Arnold Kats State Concert Hall with Novosibirsk Philharmonic Orchestra under the baton of conductor Lio Kuokman. The musician will perform Haydn Concerto for cello and orchestra on a unique instrument made by the legendary master Antonio Stradivari in 1696. The concert will be on the soloist’s birthday. Also in the program there will be Overture to Glinka's opera "Ruslan and Lyudmila" and Symphony No. 5 by Tchaikovsky. The performance will be held within the framework of Vadim Repin’s fifth Trans-Siberian Art Festival. Pablo Ferrandez and Lio Kuokman will take part in other programs of the festival in Moscow, Novosibirsk and Berdsk. 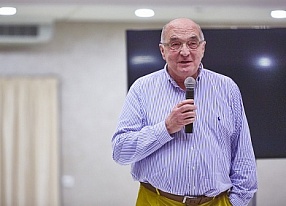 The Russian premiere of a new film by Bruno Monsaingeon about Mstislav Rostropovich will take place at the Trans-Siberian Art Festival in Novosibirsk
On 13 March in Novosibirsk and on 14 March in Toguchin, one of the regional centers of Novosibirsk region, a new film by the world-famous director Bruno Monsenjon "Mstislav Rostropovich. An indomitable bow " will be presented. The film of 2017 is timed to the anniversary of the death of the great musician. The audience will also have a meeting with the film’s creator and director of documentary films about the greatest musicians of the 20th century. In Novosibirsk, where the Russian premiere of the film will take place, the show and meeting will be held in the cinema hall "Cinema", in Toguchin - in the Cultural and leisure center. The world premiere of the film "Mstislav Rostropovich. An indomitable bow " was held on the French-German television channel ARTE in the end of 2017. 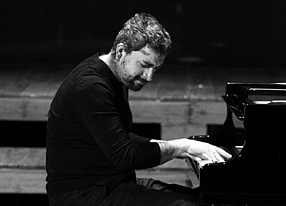 A pianist, who was nominated for Grammy at 17, will perform a unique composition from the music of Bach and Bernstein at the Trans-Siberian Art Festival
On March 10 in the Arnold Kats State Concert Hall in the framework of the fifth Trans-Siberian Art Festival a solo concert of pianist Konstantin Lifschitz will be held. Recognized as one of the best interpreters of Bach's music, the musician will combine in one composition Bach's English suites and Leonard Bernstein's piano works. Konstantin Lifschitz gained world fame when his record of Bach's "Goldberg Variations", made when he was only 17 years old, was nominated for Grammy. Today he is among the world's leading pianists. In Novosibirsk, he, along with Vadim Repin, the Novosibirsk Choir Chapel and Novosibirsk Philharmonic Orchestra, directed by Kent Nagano, will also appear in the program of Trans-Siberian Art Festival concert-opening.