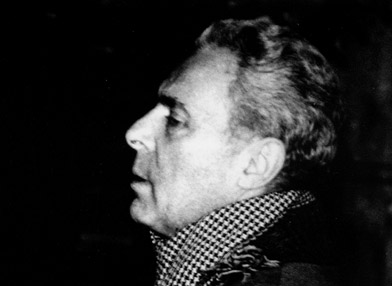 Arnold Kats (1924–2007)
Knight of an order For the merits for the Motherland of the III and II degrees,
Knight of an order Peter the Great of the I degree,
Laureate of the State prize of Russia,
Peoples artist of the USSR,
Professor,
Honoured citizen of Novosibirsk.

Arnold Kats is the founder of Novosibirsk Philharmonic Orchestra (1956). Till his decease was its Artistic Director and Chief Conductor.

The orchestra takes a worthy place in the row of the best symphonic orchestras of its country and of the whole world. The geography of the orchestras tours includes cities of Russia, the most prestigious halls, and, starting from 1970 Bulgaria, Yugoslavia, Austria, Belgium, Great Britain, Germany, Italy, Spain, Luxemburg, the Netherlands, Portugal, Finland, France, Switzerland, Japan. Under the direction of their maestro, the musicians of the orchestra performed all compositions of Siberian composers. Arnold Kats was the first conductor, with whom played talented Novosibirsk children, who then became world-known celebrities. Sometimes his ideas seemed to be impossible, but he could make them come true. Everything happening in life of the orchestra musicians outside the concert hall, mattered to maestro. His extraordinary magnetism, will, temperament, talent, artistry captivated his colleagues and thousands of listeners. As a guest conductor A.Kats held numerous concerts in Denmark, Belgium, Sweden, Germany, Great Britain, Norway, Japan, Israel, Luxemburg, the Netherlands, the USA, South America, Greece, Switzerland, France. Being on a tour to Beijing on 22.01.2007 his heart stopped beating, during the rehearsal with an orchestra.

Experienced and talented, conductor of a great lyrical and dramatic gift, incomparable accompanist, intellect and an inborn intuition, conductor-virtuoso, initiator of a symphonic culture at the east of the country, venerable conductor this is a vain part of all words, said and written about the Maestro.

His creative successes were rewarded by titles and state prizes. His main achievement and the meaning of his life is Novosibirsk symphony orchestra.

Since 1956 -Aartistic Director and Chief Conductor of the Novosibirsk Philharmonic Orchestra.

Since 1957 — professor at the Novosibirsk State Conservatoire named after M. Glinka.
Among his pupils are: touring conductors V. Nelson, V. Sinaysky, D.Orlov, M.Abramov, V.Prasolov, E.Shestakov, A.Markin, P.Gerstein, S.Oselkov, R.Skuratov, V.Nelson, L.Mullaev. In the 70s and 80s he headed the student Symphony Orchestra of the Novosibirsk State Conservatoire. Many times he headed the Russian-American Youth Orchestra.

He was conductor-producer of the staging of the «War and Peace» by Prokofiev, «Raimonda» by Glazunov and «The Sleeping Beauty» by Tchaikovsky at the Novosibirsk State Opera and Ballet Theatre, «Il Trovatore» at the Maliy Opera Theatre of St. Petersburgh.

For 50 years under his direction the orchestra held more than 5 thousand concerts. Music of different epochs and styles has been bringing joy of creative work to the musicians and esthetic pleasure to the audience. Even in 60s following G.Rozhdestvensky A.Kats performed the Second symphony of R.Schedrin in Novosibirsk with its orchestra and in Riga with Riga orchestra. He also played the Second symphony of A. Pyart. Novosibirsk orchestra presented symphonies by B.Tischenko and S.Slonimsky to the audience. Thanks to A.Kats Novosibirsk audience heard all symphonies by D.Schostakovitch, S.Prokofiev, works by A.Berg, B.Britten, A.Shnitke, S.Gubaydulina, O.Messian and many others. In 1994 in Saarbrucken and Frankfurt A. Kats performed the world premiere «Liturgy about the Christ” by E.Denisov. A.Kats realized all recordings of Novosibirsk Philharmonic Orchestra at the record company «Melody» with the works of G.Purcell, G.Handel, W.Mozart, L.Beethoven, N.Rimsky-Korsakov, S.Taneev, S.Rahmaninov, I.Stravinsky, D.Schostakovitch, L.Bernstein, Y.Butsko and Novosibirsk composers G.Ivanov and A.Murov. In 1980 CD with the recording of the Forth symphony by S.Taneev received the First prize for the best interpretation and quality of the recording.

Under the direction of A.Kats the orchestra released 11 CDs at the studios «Sony Classical», «Art Nova», «Russian Season», «Audite Musikproduktion».

On the base of symphonic orchestra A. Kats made 2 more collectives and was their Artistic Director: Concert Brass band and «Novosibirsk Kamerata». They still continue their work in Novosibirsk Philharmonic Society, perform in Russian and abroad.