Olga Osipova was born in Tomsk. In 1987 she has finished theoretical course of Novosibirsk State Conservatory (Academy) named after M.I. Glinka (history of music, the class of professor V.M. Kaluzhsky). She also took vocal classes at professor R.I. Zhukova.

From 1986 to 1992 she worked in the Novosibirsk Chamber Choir (musician of the choir and music editor). She sang as a member of Pavel Sharomov Vocal Ensemble (since the foundation of the collective until 2009).
Read more

Within the framework of the Russian program "New Names" (project manager is I. Arkhipova) Olga conducted classes on vocals and world art culture in the city of Suzdal (1999-2000).

She actively collaborates with the ensemble "Surprise" and also tours a lot.

Since 2009 she has been a soloist of Novosibirsk State Philharmonic Society. 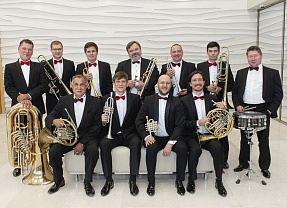