Born in the city of Barnaul.

Graduated from the music college in Barnaul, two specialties: piano and theory.

In 2012 graduated from the theoretical faculty of Novosibirsk state conservatory (academy) named after Glinka (class of the candidate of art history, professor assistant T.G. Kazantseva).

Her scientific interests are medieval studies. She has a number of published works devoted to the Old Believers singing.

Began working in Novosibirsk State Philharmonic society when she was a student of the Conservatory (2011).

Natalia does not leave her first specialty, since 2008 she has been working as an accompanist in the vocal workshop of the Children's TV Company "The Old Mill". She gives solo concerts, including in the conservatory.

Since 2013 she is the administrator of the department of children's and youthful programs of Novosibirsk Philharmonic Society.

— Laureate of the International competition –festival «St. Petersburg spring» (2011 г.), I prize in the nomination «Concertmastership». 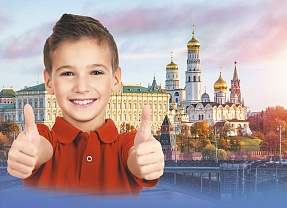 6+ 24 April, 15:00 Adventure four. Being a guest is good, but being at home is better. Russia Season ticket №22 Siberian dixieland Nataliya Ermakova, lecturer-musicologist