Marina Yakushevich was born in Tomsk.

In 1996 she finished theoretical course of Novosibirsk State Conservatory (Academy) named after M.I. Glinka (the class of professor V.M. Kaluzhsky).

She has been leading a course of musical literature in Novosibirsk State Music College named after A.F. Murov

From 1999 to 2003 she worked as a lecturer-musicologist in Russian-German House.

In 2004 Marina did her Master’s Degree as Candidate of Art History: “Synthesis in the art of Spain and its implementation in the works of F. Garcia Lorca and M. de Falla”

Marina’s 12 scientific articles devoted to the problems of synthesis of arts have been published in different publishing houses.

For several years she has been cooperating with the Ensemble of Soloists "Laboratory of New Music" as the head of the literary part. 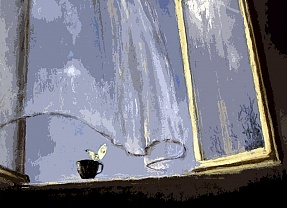 12+ 22 May, 18:00 Jazz Reflections - 4 Season ticket №12 The concert is postponed, the date is being specified Filarmonica–Quartet Marina Yakushevich, lecturer-musicologist

Round stage of the Arnold Kats State Concert Hall

Palace of Scientists of Academgorodok