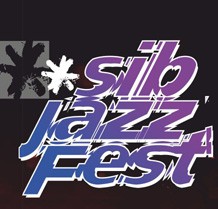 From October 23 to October 25 Novosibirsk Philharmonic Society carries out the International Jazz Festival SibJazzFest. The headliner of the project is English violin virtuoso Nigel Kennedy.

The program of SibJazzFest of this year includes three concerts on the big stage, two concerts in the foyer of the second floor of Arnold Kats concert hall, as well as the traditional final jam session.

«The tradition of international jazz festivals was resumed by Philharmonics in 2009, and a new festival named SibJazzFest, immediately took place in a number of key philharmonic projects — said General Director of Novosibirsk state philharmonic society Tatiana Lyudmilina. — It is important for us because our jazz bands take part in its programs side by side with international stars, and thus acquire an invaluable experience.

The Festival is also dear to listeners, who often come to the concerts from other cities. This year SibJazzFest for the first time will be held at Arnold Kats State Concert Hall. This stage is the most modern and perfect in the history of our international jazz project.»

The festival will be opened on October 23 by the performance of the legendary American drummer Lenny White and his band. Participants of SibJazFest-2014: the new star of jazz English singer Anthony Strong with Vladimir Tolkachev Big Band, Marek Jakubowski trio from Poland, French Orchestra “The French All Stars”, American singer Catherine Russell with the Jazz Orchestra «Siberian Dixieland», John Roney trio from Canada, and the virtuoso violinist Nigel Kennedy with his band. The festival will be terminated with traditional jam session with the participation of Damien Schmitt (drums), jazz Orchestra «Siberian Dixieland», The French All Stars orchestra and Nigel Kennedy.

The International Festival SibJazzFest is the biggest jazz project of Novosibirsk state philharmonic society. Reviving the tradition of international jazz festivals, interrupted in Novosibirsk in 1990s, the Philharmonics organized a festival Jazz in Jeans in 2009. In 2010 the project received the name SibJazzFest and got a new quality. The previous festival in 2012 was headlined by the legendary guitarist John McLaughlin.